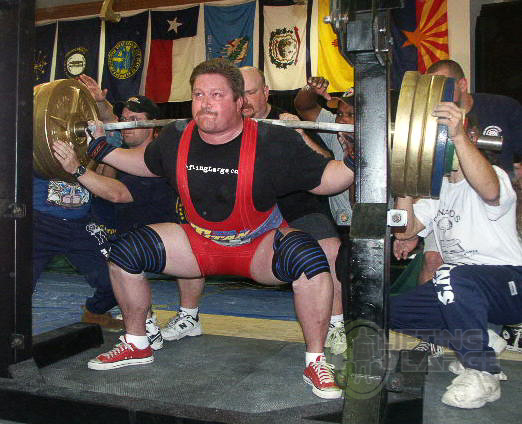 Teale Adelmann
I've always been active- I started playing softball around middle school age and played into adulthood.  I was never very good at the sport, but I enjoyed the excitement of the game.  During high school I enjoyed cheer leading, Jazz dancing, and gymnastics.  In my senior year of high school I started going to Champions Gym in Albuquerque and became interested in bodybuilding.  It turned out that I enjoy food to much to ever be a bodybuilder, so I just stuck with lifting heavy weight.
I became involved in powerlifting when I started working out at Cherry's Gym in Rio Rancho.  I noticed a group of guys and one really strong lady working out and she invited me to work out with them. Lisa Siddell encouraged me and in 1996 I entered a NASA powerlifting meet in Alamogordo, NM.  I was a bench only lifter until 2002 when I entered my first full powerlifting meet.
Now I  have been competing for 22 years  and my best competition lifts are 370lb squat, 281lb bench, 429lb deadlift and a 1011 lb drug tested total at 121lbs body weight. Federations I've competed in: NASA, AAU, USAPL, USPA and the USPA . I have competed in a few raw meets but prefer single-ply equipped. My love for the outdoors and lifting heavy things were combined when In 2005 I started competing in Strongman contests and In 2013 I started competing in Scottish Highland Games.

Here are a few of my accomplishments: